There is something special about the men, and sometimes women, who serve as Chaplains in our Armed Forces. You may not realize this if you haven’t been in the military and been exposed to their unique calling. I didn’t realize it myself until I spent some time outside the military between our time in the Air Force and the Army. It was then that I realized what a gift I had had being led by such a unique group of shepherds with a unique call from the Lord: to serve those who serve.

It is a special calling to serve men under the circumstance of war. War is horrible enough for an individual. But to be the encouragement and to minister to the needs of others, even though you yourself have entered into the same conditions, is a special calling. Chaplains do just that. It’s not that they are some how magical or special people. They are real people like you or I and every bit as human. What’s amazing is that they put themselves in the same position as servicemen and women in order to serve them. This is what is special about them. Their intention to minister, guide and comfort those who serve their country is sublime and in doing so they also serve their country and their Lord.

No greater example of this can I give you than the story of the Four Chaplains, also called the immortal Chaplains.

The Four Chaplains are remembered for comforting and ministering to the 902 servicemen and civilians when their transport boat, the Dorchester, was attacked on the evening of Feb. 3, 1943 by a German submarine. Within 20 minutes of being hit, the converted coastal liner would sink. Only 230 would survive.
Despite the chaos and confusion on board, the four chaplains quickly directed the soldiers and comforted them amid the chaos. They handed out life jackets and directed the soldiers to the life boats.Private William B. Bednar, a survivor said, “I could hear men crying, pleading, praying. I could also hear the chaplains preaching courage. Their voices were the only thing that kept me going.”

As the boat sank witnesses describe the four chaplains as linking arms and offering prayers. The Four Chaplains quickly serving the others with no concern for themselves, certainly fulfilled the prayer of Chaplain Poling when he asked his father to pray:
Not for my safe return, that wouldn’t be fair.

From all different faith backgrounds the Chaplains also represent the religious pluralism within the military. This too is a special blessing to be part of. It is something I treasure as a gift.
The four chaplains, all Army Chaplains, were:

Another survivor, John Ladd, described the Chaplains selfless courage as:

… the finest thing I have seen or hope to see this side of heaven.

The chaplains received posthumously the Distinguished Service Cross and Purple Heart and though Congress desired to award them the Medal of Honor it was blocked due to the requirement for actions of heroism to take place under fire. A special medal was given instead, the Four Chaplains’ Medal. In addition, today’s date, Feb . 3, was designated by congress in 1988 as the Four Chaplain’s Day. It was established unanimously by Congress.

It gives me great peace to know that the military Chaplains are there to minister to those in the military and their families in their hour of need.

Join me throughout February as I honor our Military Chaplains with:

* Some of the links above are affiliate links. If you buy one of these books from Amazon it helps support Harrington Harmonies. Thank you!

Linked for: Inspire me Monday,
This series is part of: 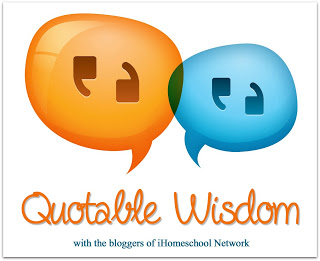 Welcome. I'm Stephanie, blogger and mental health advocate. I began seeking knowledge and understanding of mental illness with the discovery of our daughter's schizophrenia. I hope that what I share here may help and encourage parents and other family members... Read More…